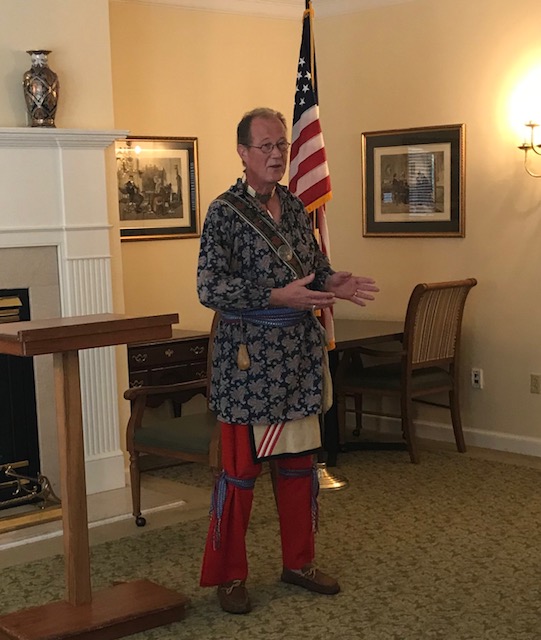 At the Norfolk Chapter, Daughters of the War of 1812, Mark Walsh, Board Member of the James Monroe Memorial Foundation, presented a talk on President James Monroe’s 1818 activities as our 5th President.  Mr. Walsh was dressed as a fur trader who lived among Native Americans might have dressed…that includes loin cloth (as opposed to apron), leggings, moccasins and long “war shirt” with sash.  This was to emphasize the importance of Native Americans to the 1st Monroe Administration in 1818 – with the 1st Seminole War, land ceded by the Choctaw in Georgia, and the effect of the firm establishment of the northern border by convention in 1818 with the British – ending British support for the “Lake Indians” (Native Americans around the Great Lakes, including the Shawnee and other tribes) plus the effect of all this in opening up the American fur trade.