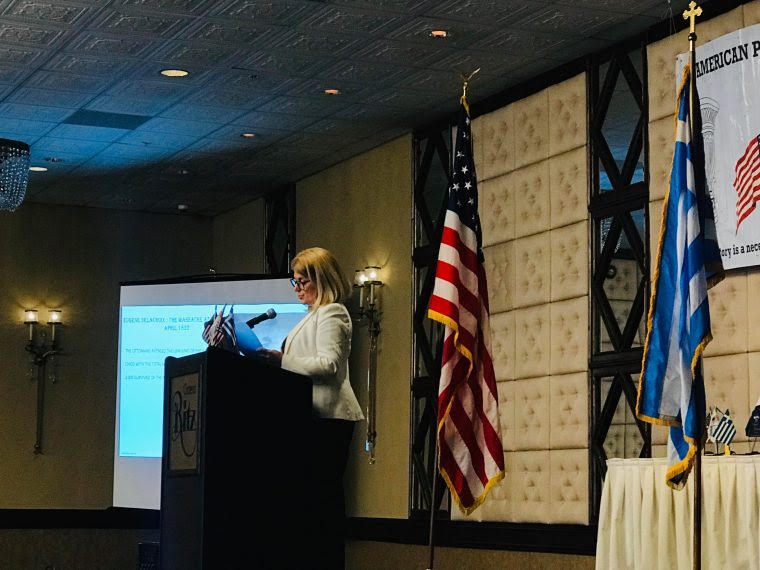 CHICAGO – Members of the American Philhellenes Society and the Greek-American community of Chicago gathered for an event commemorating the 19th century Americans who supported Greek independence efforts at the Chateau Ritz on May 30.


The American Philhellenes Society was established to identify the Americans who, under the leadership of President James Monroe, supported or fought for the independence of Greece during the years 1810 -1840, and to recognize and make known their contributions to the cause of freedom.

In celebration of the contributions made to the Greek cause by those who held Greece in their hearts, a memorial monument will be erected in Democracy Square of Wilder Park in Aurora, Illinois, the Society announced.